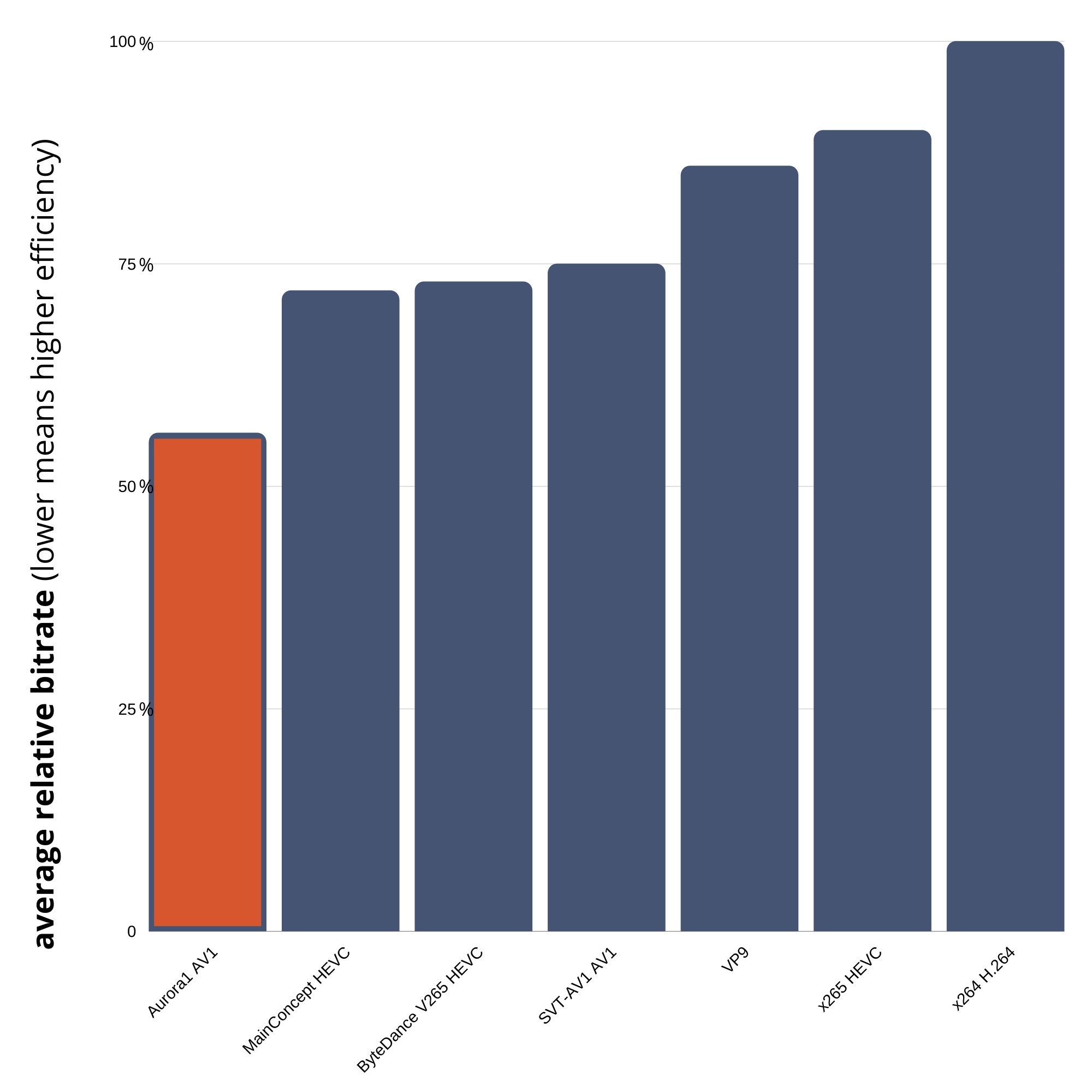 Aurora1 proved to be the best choice for the critical evaluation standard of encoding speed compared with efficiency and quality.

The annual MSU codec study has become an important competitive marker for video codec and encoding technology developers. Though most all commercial video service companies and operators have internal teams that conduct regular evaluations and comparisons, the role of an independent third party in benchmarking video encoders is critical.

In this MSU report, objective assessment methods were used to compare the encoding quality of recent HEVC and AV1 encoders. To evaluate codec performance, this effort employed 11 video sequences at 4K resolution.

the comparison consisted of two use cases. For each use case codec developers were able to provide encoding parameters that had to satisfy a minimum speed requirement for the respective use case:

For objective quality measurements the YUV-SSIM metric was chosen.

To understand how the results were tabulated, following is an explanation. View a free abridged version of the report by clicking here.

The RD charts show variation in codec quality by bitrate or file size. For this metric, a higher value presumably indicates better quality.

A lower value indicates a better-performing codec. For example, a value of 0.7 means the codec can encode the sequence using 30% fewer bits than the reference codec (x264) produced.

The x-axis shows the relative encoding time. Larger values indicate a slower codec. A value of 2.5 means the codec works 2.5 times slower, on average, than the reference codec (x264).

By the numbers, the Visionular Aurora1 AV1 encoder achieved:

According to subjective quality scores, the best encoder for ripping (high quality), universal (balance of efficiency and quality), and fast (low-latency) use cases is the Aurora1.

The following graph compares encoders based on their ability to reach the same quality rate (BSQ) as measured subjectively. 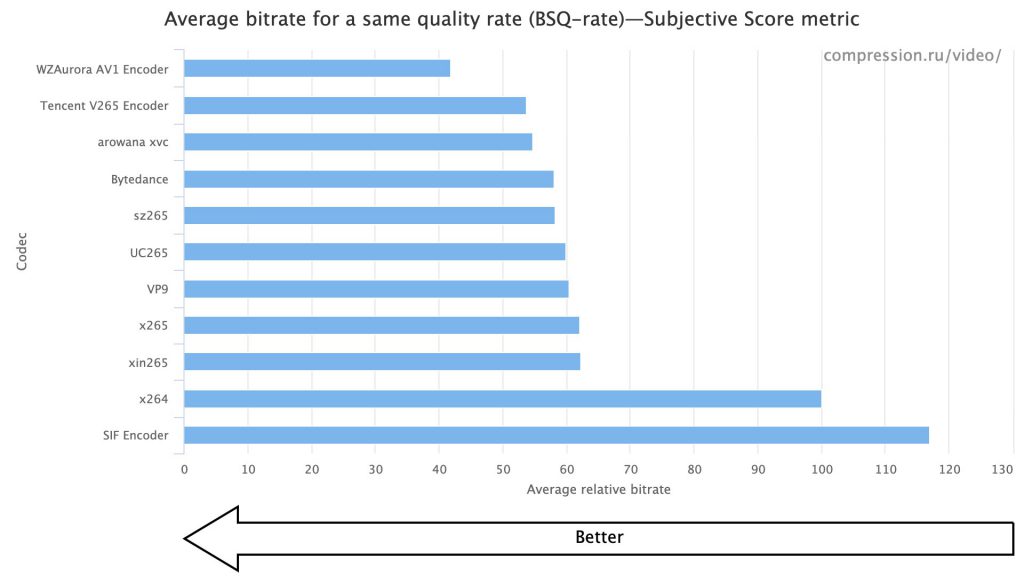 The following graph compares encoders based on their ability to reach the same quality rate using the YUV-SSIM metric for the 4K universal use case. 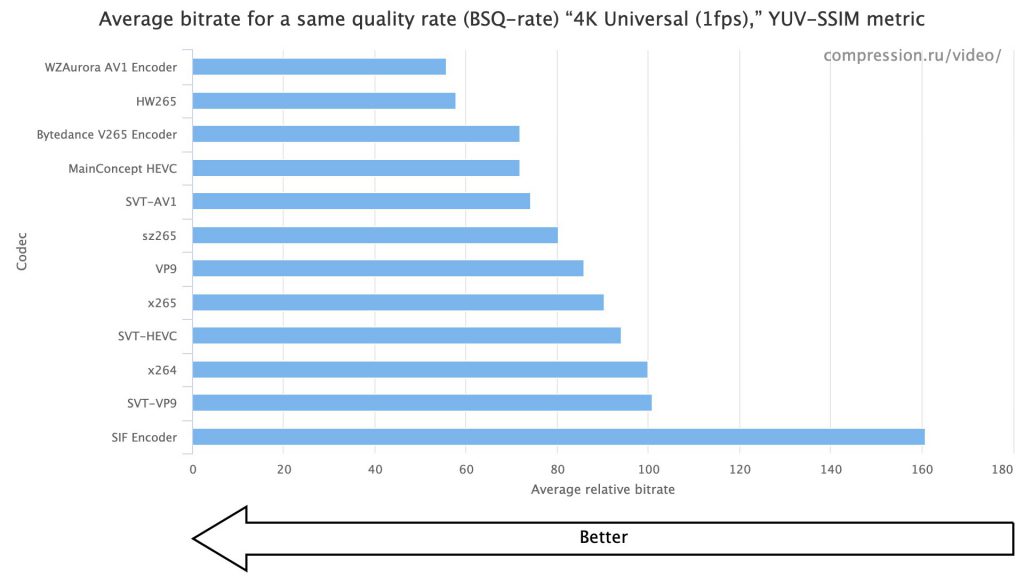 This chart shows Aurora1 clearly outperforming all the other codecs based on bitrate/quality using subjective comparison. 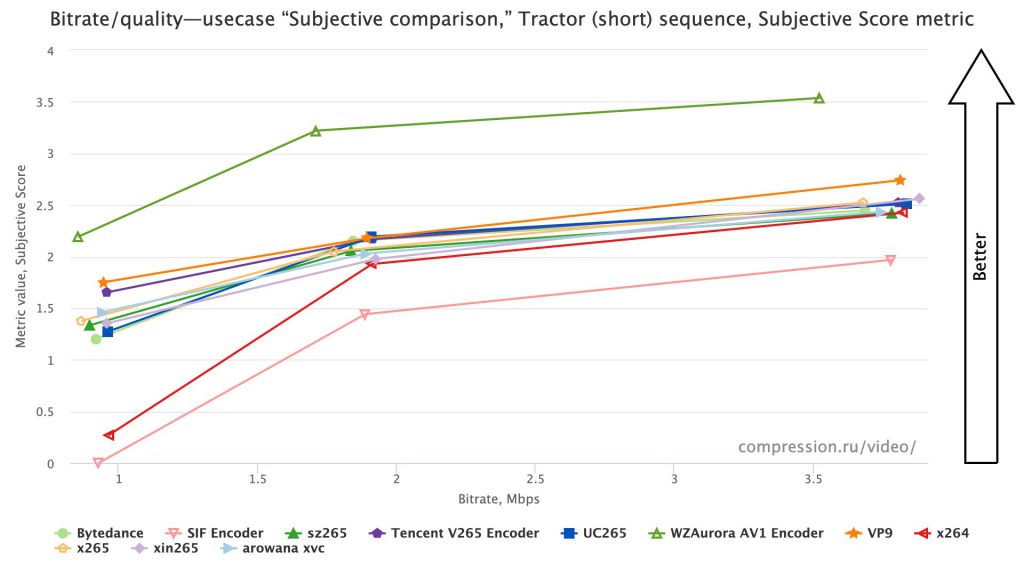 The following chart demonstrates the ability for Aurora1 to trade-off speed and quality in a superior manner by achieving the highest efficiency of all the codecs evaluated at a speed faster than x264. 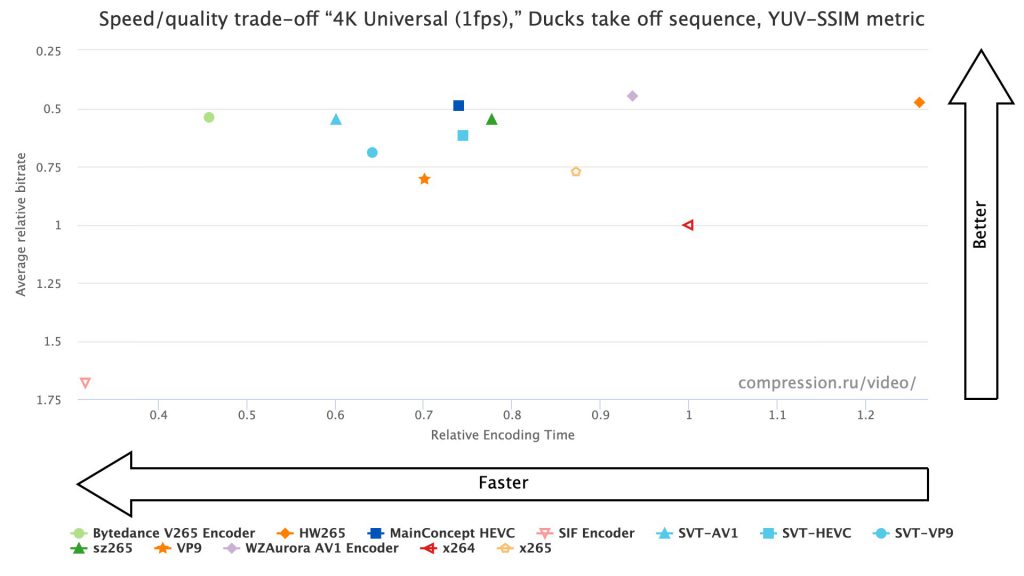 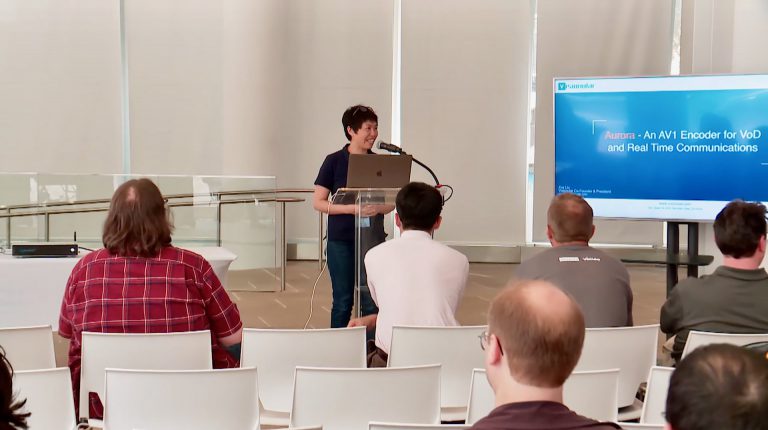 See All Case Studies
how can we help you?

Click the button below so that we can help you make the best codec decision for your application.

We'd love to tell you more about our AV1 encoder. Hit the button so we can chat.